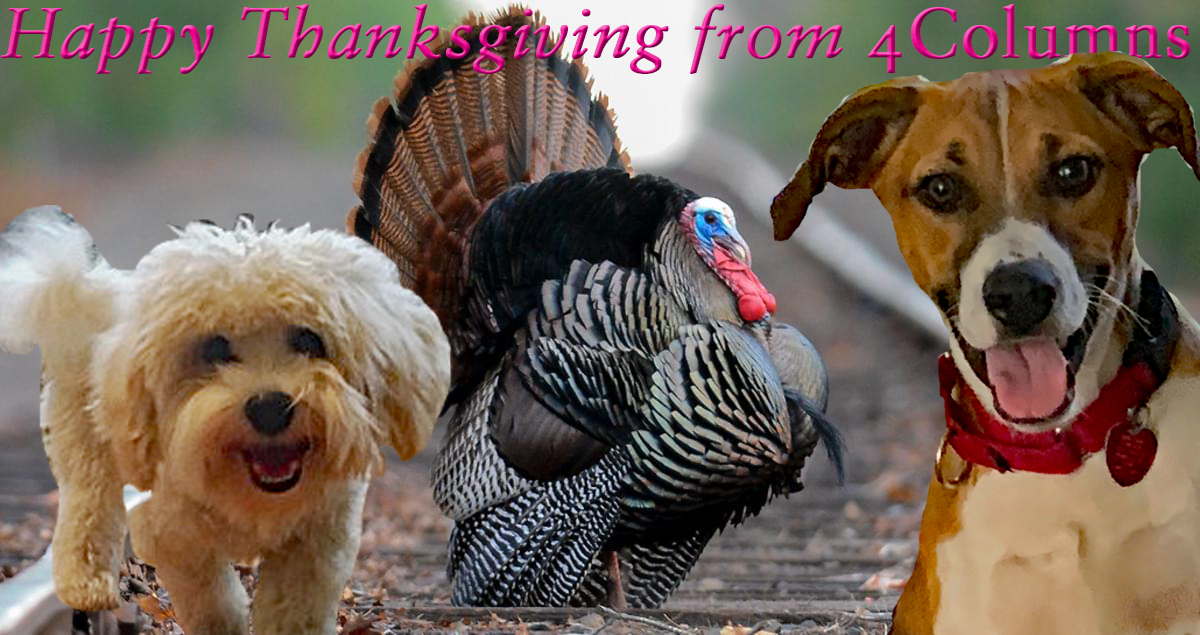 While 4Columns mascots Sparky and Bolek joyfully lead a liberation of the turkeys, the magazine breaks from publishing this week. We’ll be back with a new issue December 4.

In the meantime, we offer these recent archival reflections on loneliness and ways of soothing it.

Hanif Abdurraqib on You’ve Got Mail

Hanif Abdurraqib begins his piece by reaching out to those who, like him, live alone—alone, that is, aside from the ever-present anxiety that informs how they engage with the world. The intimacy of email is offered as a balm to these “uncertain people in times trembling with greater uncertainty,” as Abdurraqib looks back at the loneliness-dispelling rom-com You’ve Got Mail.

The most worthwhile tension in You’ve Got Mail lies in the simple but pure ecstasy of receiving an email from a person you are excited about. I don’t text as well as I’d like, and I don’t respond much to DMs. I am too sentimental, too romantic to give into brevity. A big part of me prefers courtship via long, expansive emails. I say courtship and don’t mean only romance, but also new friendships, or old friendships. Anyone who might be willing, for example, to hear how, at sunset, the sky in Columbus this summer turned the colors a person might turn while holding their breath, before it blew out streams of endless black. Now tell me about the sky where you are, reader. So many people I miss are far away, and even the ones who aren’t feel distant.

Pioneering net performance artist Annie Abrahams declared the internet “the public space of loneliness” back in 1997, and began dedicating her practice to intervening in that desolate affective sphere with “online mood mutators,” including a website of audio recordings that reassure the insecure user, or a browser window that offers the lonely internet surfer an online kiss. Ania Szremski reflects on one of those mood mutators, Separation / Séparation (2002)—which reminds us we are never actually alone online, because we’re locked into an all-consuming mental and physical relationship with our computers—and why she found herself revisiting this disquieting piece during quarantine this spring.

Separation / Séparation shakes me back into myself, makes me itchily aware of my being, instead of allowing me to believe I have dissolved into an immaterial receptacle for receiving entertainment, which is how I most enjoy feeling in front of a screen. How annoying it is to be reminded that my self is sitting here before the screen, of the ill temper that instantly appears if I’m not immediately gratified when I am engaged with my mechanical companion.

Ratik Asokan on The Incompletes

All of Sergio Chejfec’s novels are about lonely men, Ratik Asokan argues, though the protagonist of his latest publication, The Incompletes, may be the loneliest yet. The character in question, Felix, has fled his natal country of Argentina and shut himself up, alone, in a hotel in Moscow, becoming “a person without a past.” For Asokan, Felix’s plight reveals how loneliness will only truly be cured by overcoming capitalism.

Few readers are likely to ‘relate’ to the extreme form of loneliness that Felix is suffering. Yet it is also true that the ascendance of this thing we call ‘globalized corporate capitalism,’ bitterly traced via Felix’s wanderings through the decaying corpse of the Soviet experiment, has severely damaged our capacity for shared experience. . . . Chejfec is not nostalgic for the USSR, but he knows that in the absence of a common project we all risk becoming a version of Felix—and that we already resemble him more than we would like to admit.

Sally Rooney’s Normal People, adapted for the small screen by Hulu this spring, also features a lonely protagonist: the socially isolated teen Marianne, who spends her time, solitary and friendless, reading books. That is, until she starts connecting with one of her most popular classmates, Connell; both characters are shocked by their galvanic connection, Michelle Orange writes. A passionate love affair is certainly an effective antidote to being lonesome—but is their mercurial romance a cure for loneliness, or a cause of it?

Alien to themselves and unable to communicate, Marianne and Connell begin a rather endless cycle of detachment and reunion that culminates in the simple recognition that love relationships can indeed hold extraordinary meaning, that life-altering romance is real. . . . The balance of power shifts between them, back and forth on a fulcrum of class, ambition, and desire. The resulting emotional carnage nearly swallows them both. Their animating question is ours: Should these kids try and figure out what it means to really love someone, or leave each other alone?