4Columns is on holiday break, and will be back with a new issue on January 13, 2023! Till then, we look back at our most-read essays of the past year. 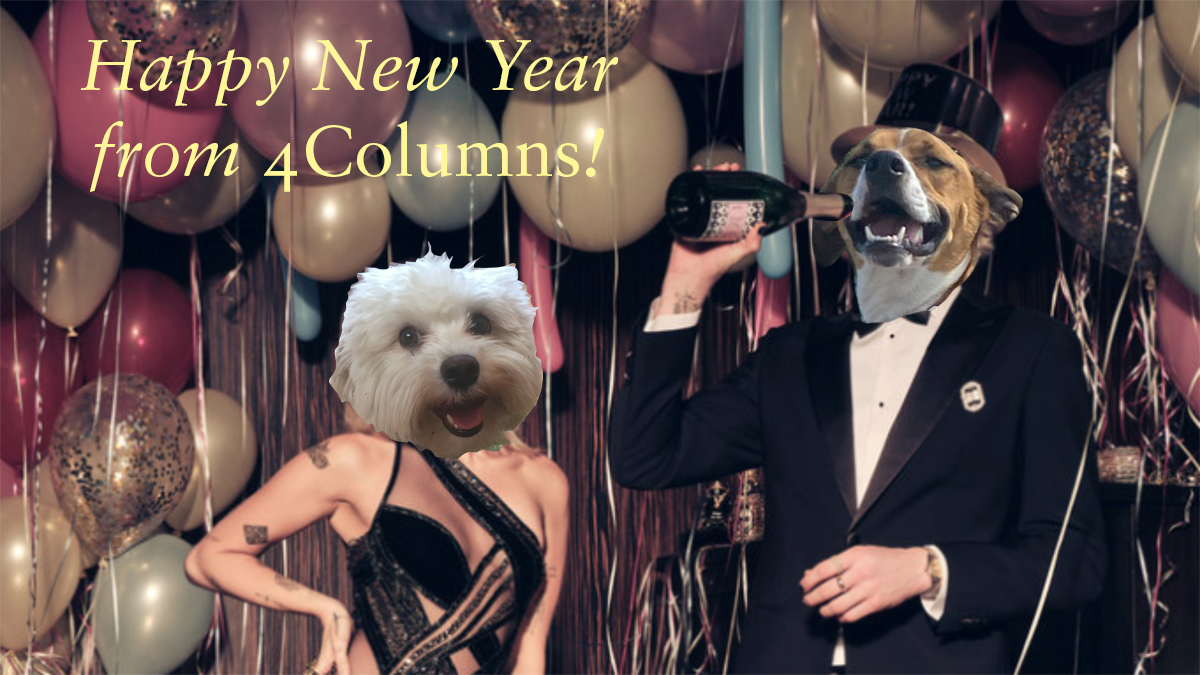 A toast and best holiday wishes from 4Columns mascot Sparky and assistant senior editor Bolek, as we count down our top-ten reviews of 2022!

Here at 4Columns, we’re taking a much-needed breather over the holidays after having published 156 reviews over the past year (that’s over 156,000 words of rigorously argued, personally felt arts criticism!). As we summon our energy to publish 156 more essays in 2023, peruse our archives to get an overview of culture in 2022—and revisit the hottest topics of the outgoing year with our top-ten list of the most-read reviews in our pages. 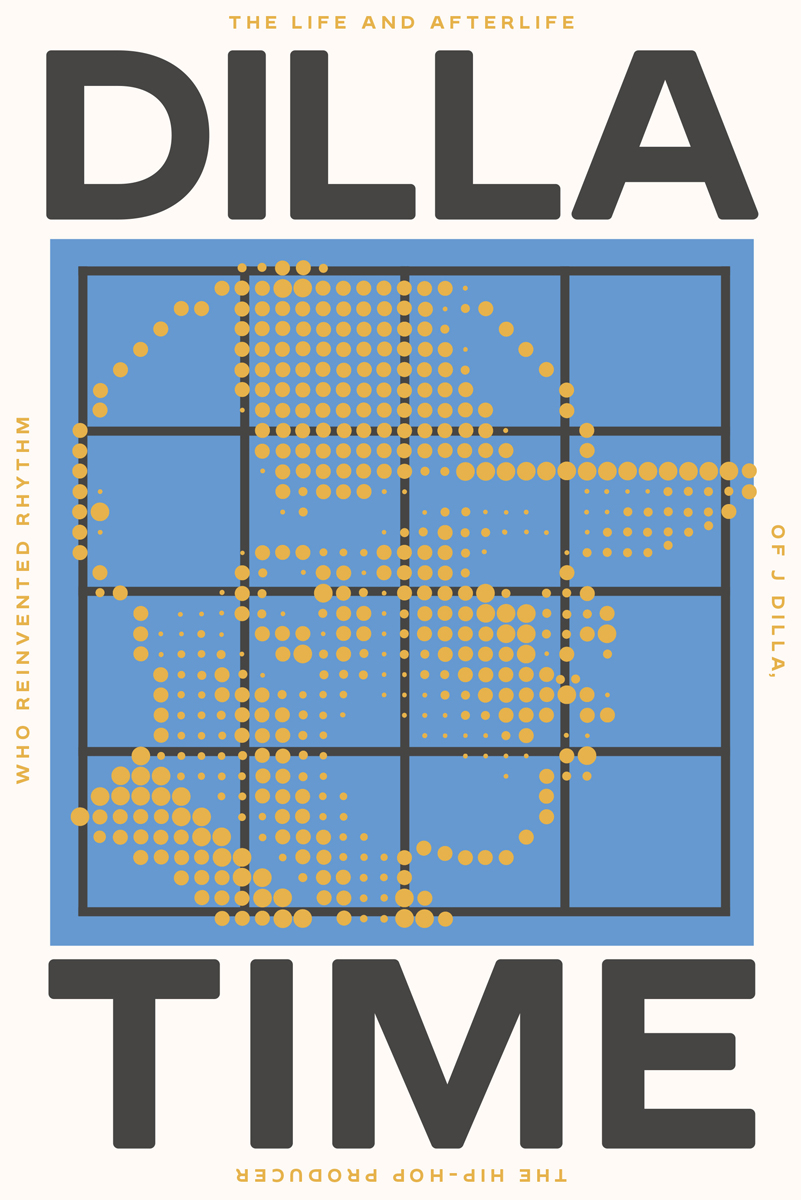 Kicking off our list is Sasha Frere-Jones on Dan Charnas’s new book about music producer J Dilla, the man who changed the way we hear time in pop music. Frere-Jones walks us through how to listen to Dilla’s flickering modulations to time signatures, but notes that a lot of his effects are easier to feel than to describe: “You are frozen in place and zapped awake, an almost narcotic rewiring. This is a serious departure from the first generation of hip-hop records, which wanted you to get up and dance. Dilla wants you to sit down and freak out. His snares land early and his kicks land all over the place. Every element is proximate but not fixed, like a box of blueberries spilled across the floor.”

Nick Pinkerton on The Cinema House & the World 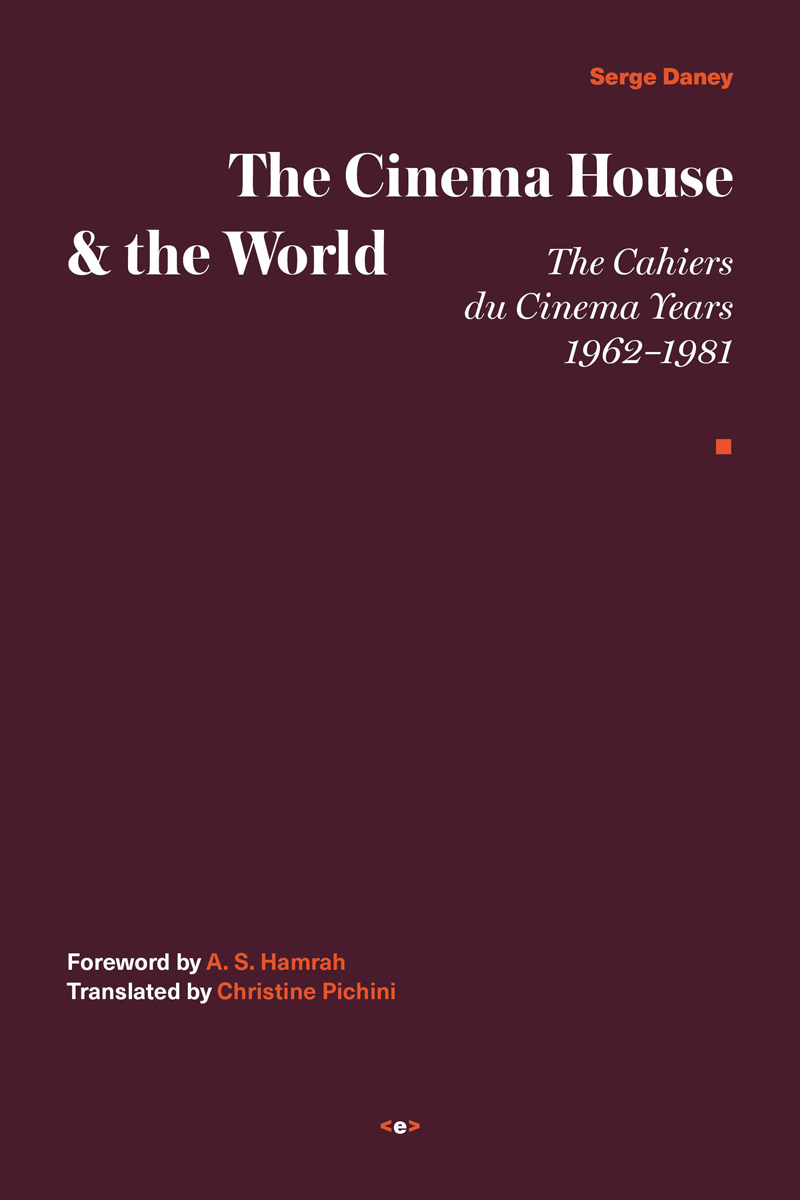 Our film critic Nick Pinkerton is up next, with his review of a new collection from Semiotext(e) of French film critic Serge Daney’s first two decades of writing. For Pinkerton, Daney was the anti-Ebert, eschewing easy thumbs up or down and criticism-as-soundbite: “Daney keeps plot synopsis to a bare minimum, if he bothers with it at all. . . . [and] often you have to cling tightly to the winding turns of his writing in order to extract anything resembling a ‘conclusion.’ . . . Daney will make passing references to the ideas of Jacques Lacan, Louis Althusser, and Guy Debord, with confidence that he’s addressing a sharp-minded readership that can either (a) understand the allusion or (b) do the necessary homework to catch up.”

Jo Livingstone on The Polyhedrists 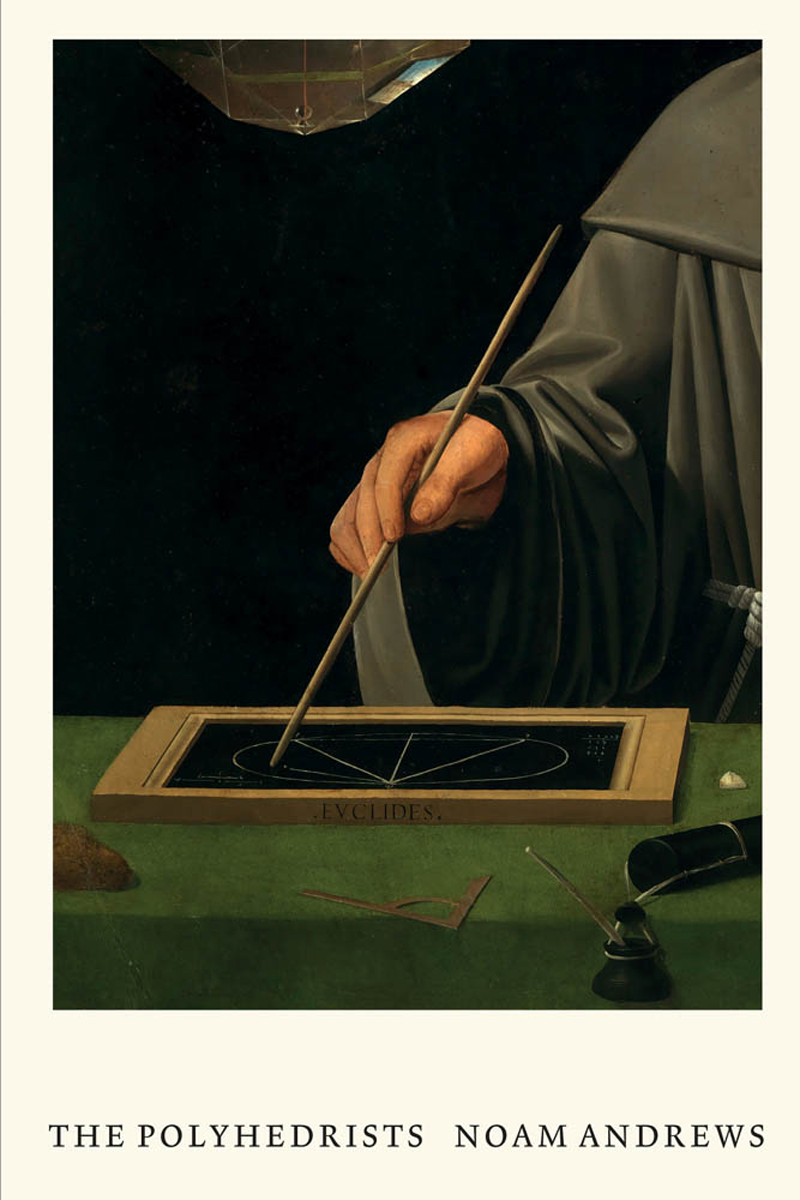 Who knew the internet would love shapes so much? Jo Livingstone’s review of Noam Andrews’s book The Polyhedrists: Art and Geometry in the Long Sixteenth Century is filled with them, much to the delight of our readers—specifically, the strange polyhedra (with names like the rhombicosidodecahedron or the cuboctahedron) that fascinated artists and artisans in the 1500s. Along the way, Livingstone illuminates Andrews’s fascinating argument about the shaping of modern vision, while acknowledging “the sheer difficulty of thinking critically about the issue. How can I investigate the way I feel about lines and geometric shapes? On one level, I know that linear perspective is an optical illusion, a kind of spatial metaphor. But our idea of what looks ‘modern’ and ‘scientific’ is so deeply indebted to it that I can’t imagine a world that looks any other way. There’s something about the way linear perspective maps the world onto the page that feels intuitively convincing, or “correct”—conforming to some aspect of reality that’s bigger than the human being. When applied to painting and drawing, a word like “realistic” is predicated on using it properly. Whether or not that reaction is learned or instinctual seems impossible to discern. Linear perspective gives us a feeling of being convinced—of the eye being satisfyingly tricked—that can’t be unwoven from our notion of what the modern world is.” 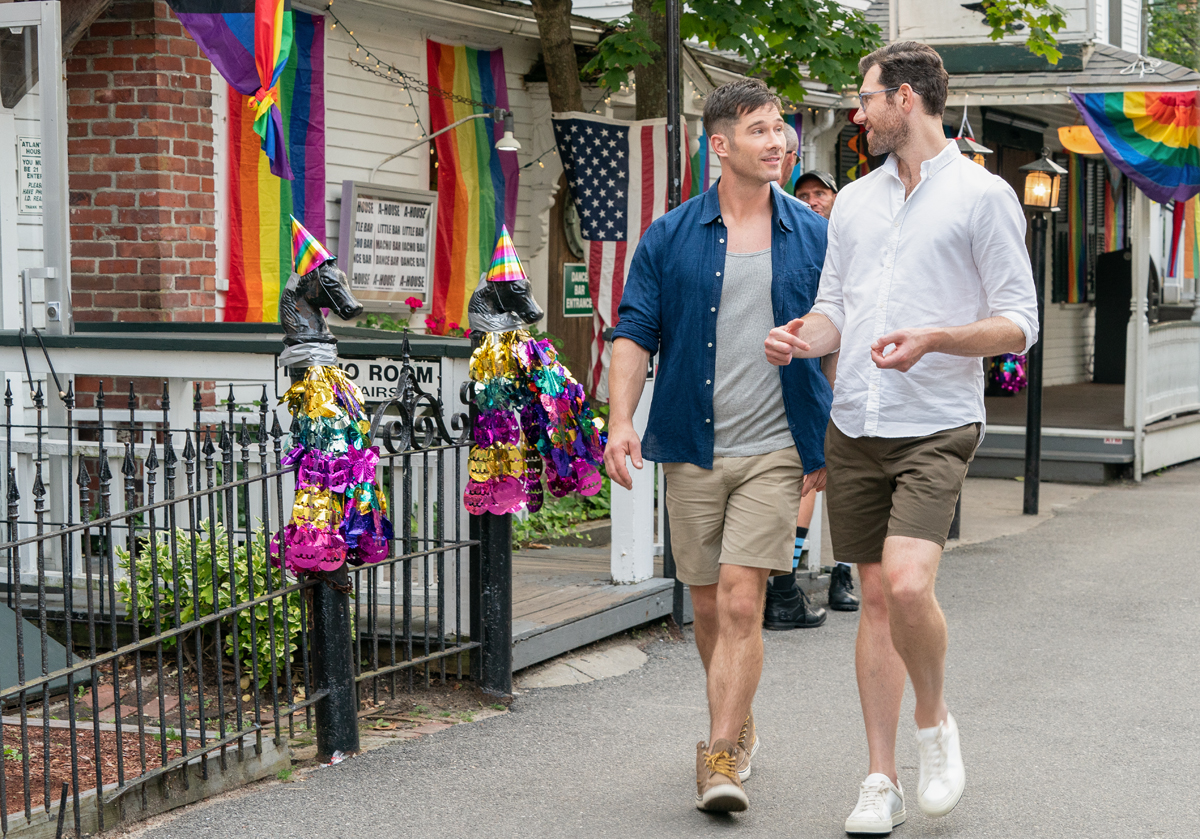 If Bros is on your holiday-watch list, perhaps read Ed Halter’s popular takedown of Nicholas Stoller’s much-hyped film first: “As a film, Bros is tonally clumsy and narratively awkward, and fails to satisfy as either rom or com. [Cowriter and star] Billy Eichner’s movie is unable to decide whether it wants to deliver an earnest love story or a series of SNL-style parodies, and becomes far too invested in examining its own purported novelty and in bitterly shaming the faults of other attempts at gay representation.”

Sasha Frere-Jones on The Philosophy of Modern Song 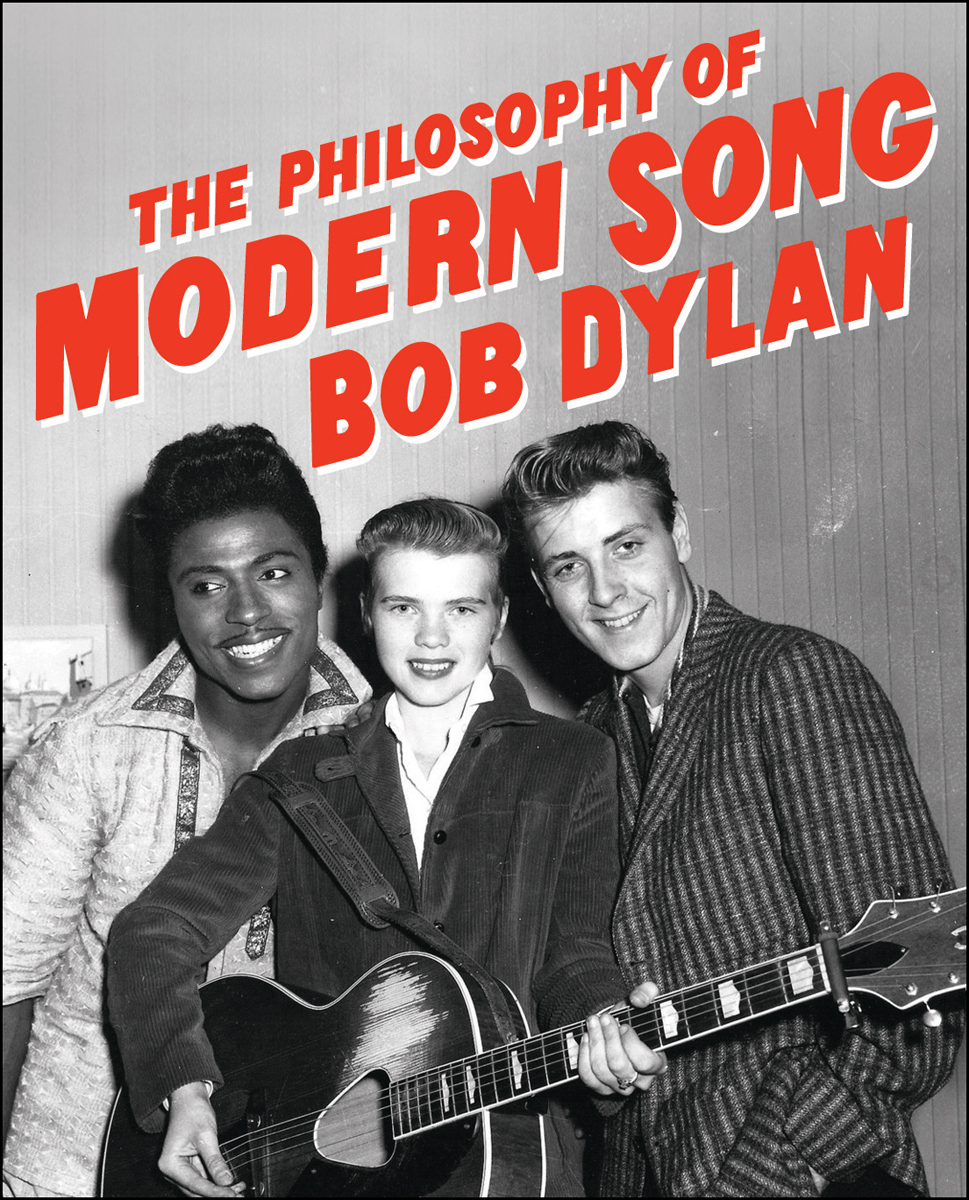 Apparently our readers love pans, because Sasha Frere-Jones also made our top-ten list with his critical eye-roll at Bob Dylan’s latest book, The Philosophy of Modern Song: “it is, superficially, a blend of the self-mythologizing from his memoir Chronicles (2004) and the purple grumble of his Theme Time Radio Hour show. Though this survey is allegedly about other people’s work, it plays as a fractured memoir and punch list of nightmares. Dylan writes here about sixty-six songs . . . and what begins as a set of interpretations ends up as a sour little diary.” 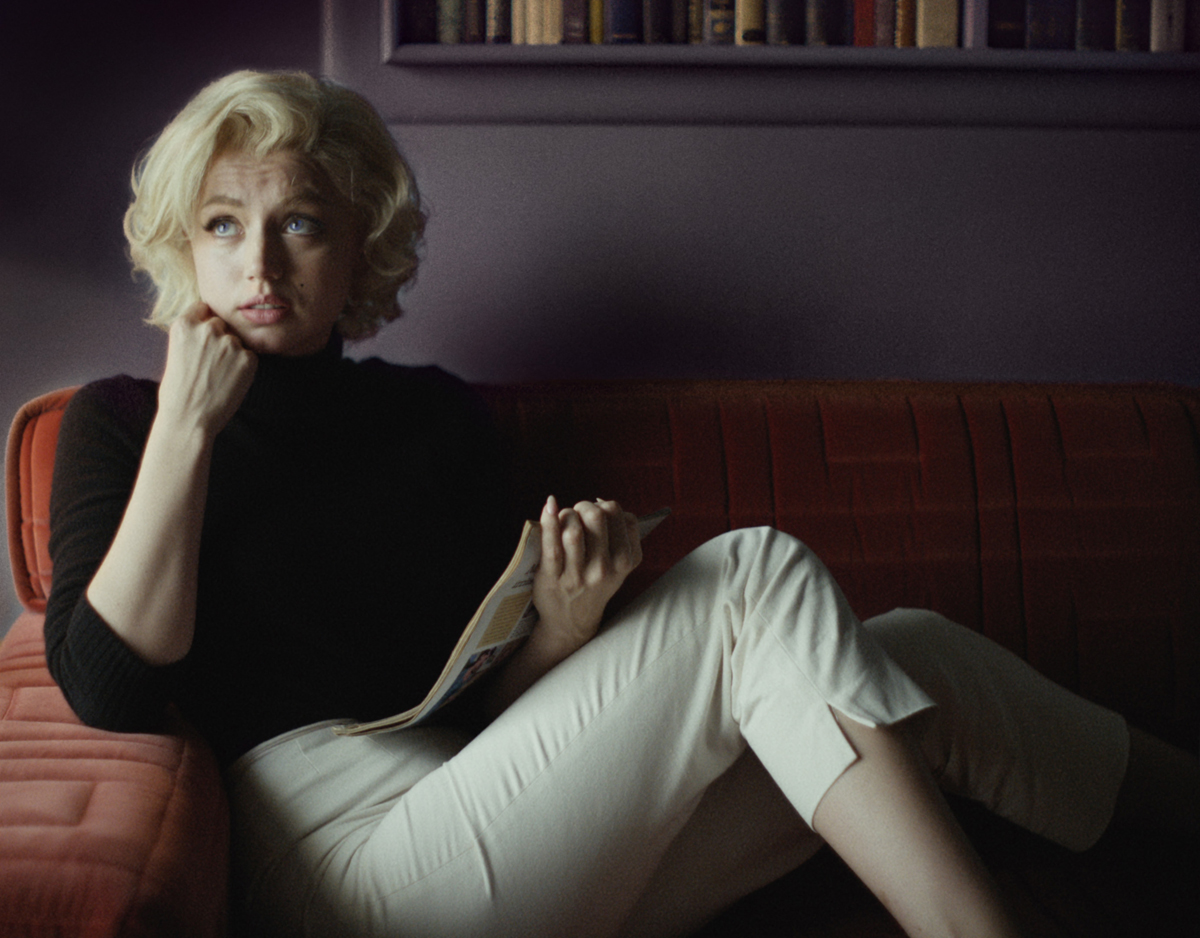 Can anyone serve a critical smackdown like our own film editor, Melissa Anderson? She pulled no punches in her review of Andrew Dominik’s hotly divisive film adaptation of Joyce Carol Oates’s Marilyn Monroe novel Blonde: “His film . . . is a sordid passion play garlanded with formal frippery, a florid, necrophilic epic that suggests Monroe was born for only one reason: to die. . . . The uncanny valley wrought by Blonde’s painstaking, futile replications [of Monroe’s movies] never matches the revulsion provoked by Dominik’s own interventions to quite literally get inside his subject. Blonde is ghoulishly obsessed with Monroe’s pregnancies and reproductive organs. Shots of floating fetuses fill the screen so often that I wondered whether Operation Rescue had invested in the film.”

Sasha Frere-Jones on The Uncollected Essays of Elizabeth Hardwick 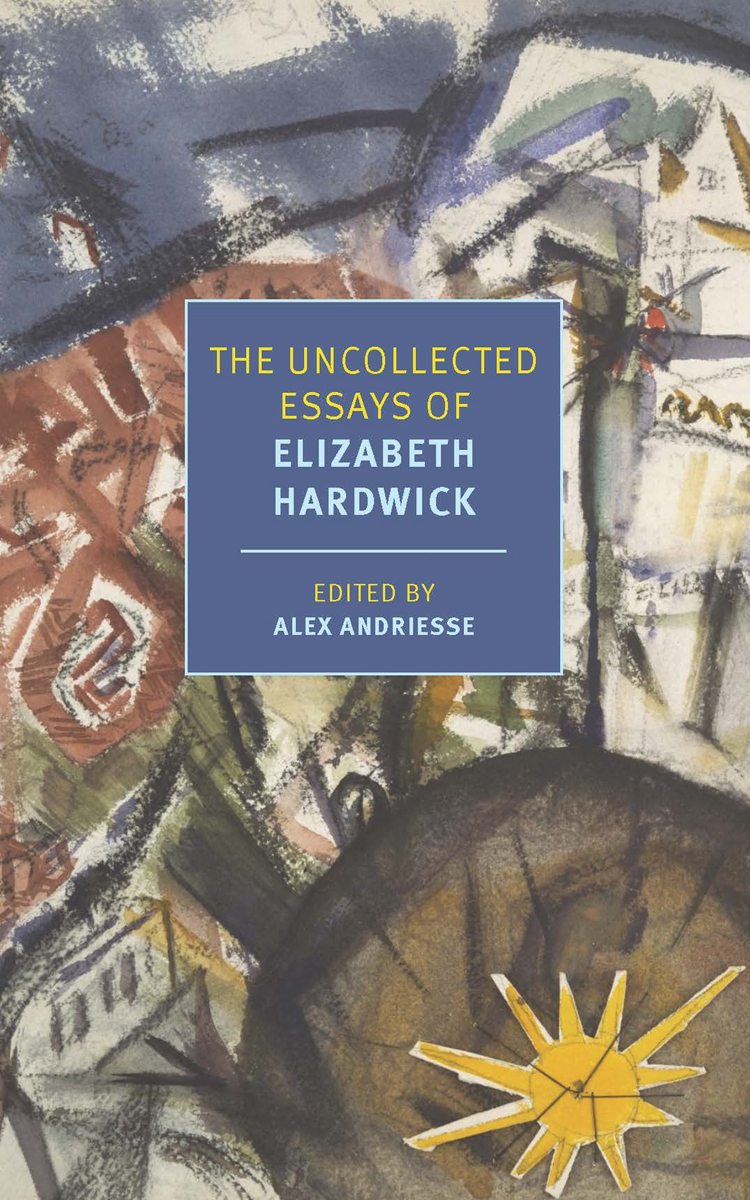 Sasha Frere-Jones pulls a hat trick on our list with his love letter to / close read of Elizabeth Hardwick on the occasion of a new volume of her writing, published by New York Review Books: “Elizabeth Hardwick did, in fact, fuck around. Her widely acknowledged authority suggests a policy of not fucking around and yet, as The Uncollected Essays of Elizabeth Hardwick demonstrates, she got where she got with her sentences because she was unafraid of thwarting sense and clarity at every turn. If you feel a critique of Hardwick developing, you’re only halfway right. I say this: call off the editors and let more writers trip over themselves. The gems and the dirt are of one earth. We’ll never get another Hardwick without giving her a shitload of room.” (The review also contains the magical phrases “Some pistachios don’t open! Don’t be so greedy! Are we not fed?”)

Brandon Taylor on The Unfolding 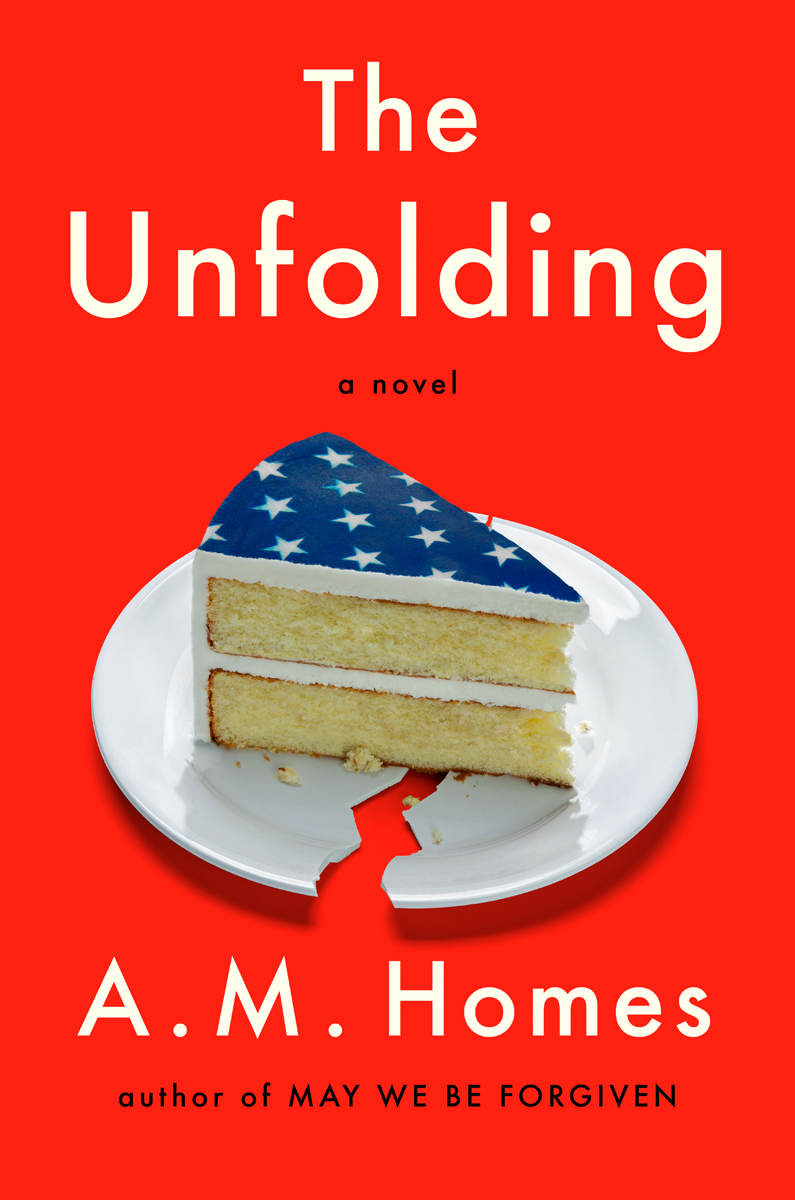 For his first time writing for 4Columns, author-critic Brandon Taylor took A. M. Homes to task for what he perceived to be the boring, rote writing in her latest novel: “There is a good, though not excellent, short story hidden somewhere in the four hundred pages of A. M. Homes’s The Unfolding, which, in flashes, is a charming pastiche of The West Wing meets Married with Children. Or maybe, given the amount of pithy Sorkinian patois, you could carve out a couple passable SNL sketches about the electoral politics of 2008. But on balance, The Unfolding is depressingly shallow, arriving too late and with too little intelligence, humor, wit, or insight to be useful or entertaining.”

As much as Ed Halter hated Bros, he reveled in the new reboot of 1986’s Top Gun and Tom Cruise reprising his most iconic role: “Embraced not just by rank-and-file filmgoers but a seeming majority of critics as well, Maverick delivers a testosterone-heavy entertainment payload, as promised, thanks to the well-honed skills of its veteran Hollywood creators . . . [It] succeeds by sticking closely to the formula of its predecessor, bringing viewers a product that is beautifully polished in its design and blissfully unsophisticated in its worldview.” 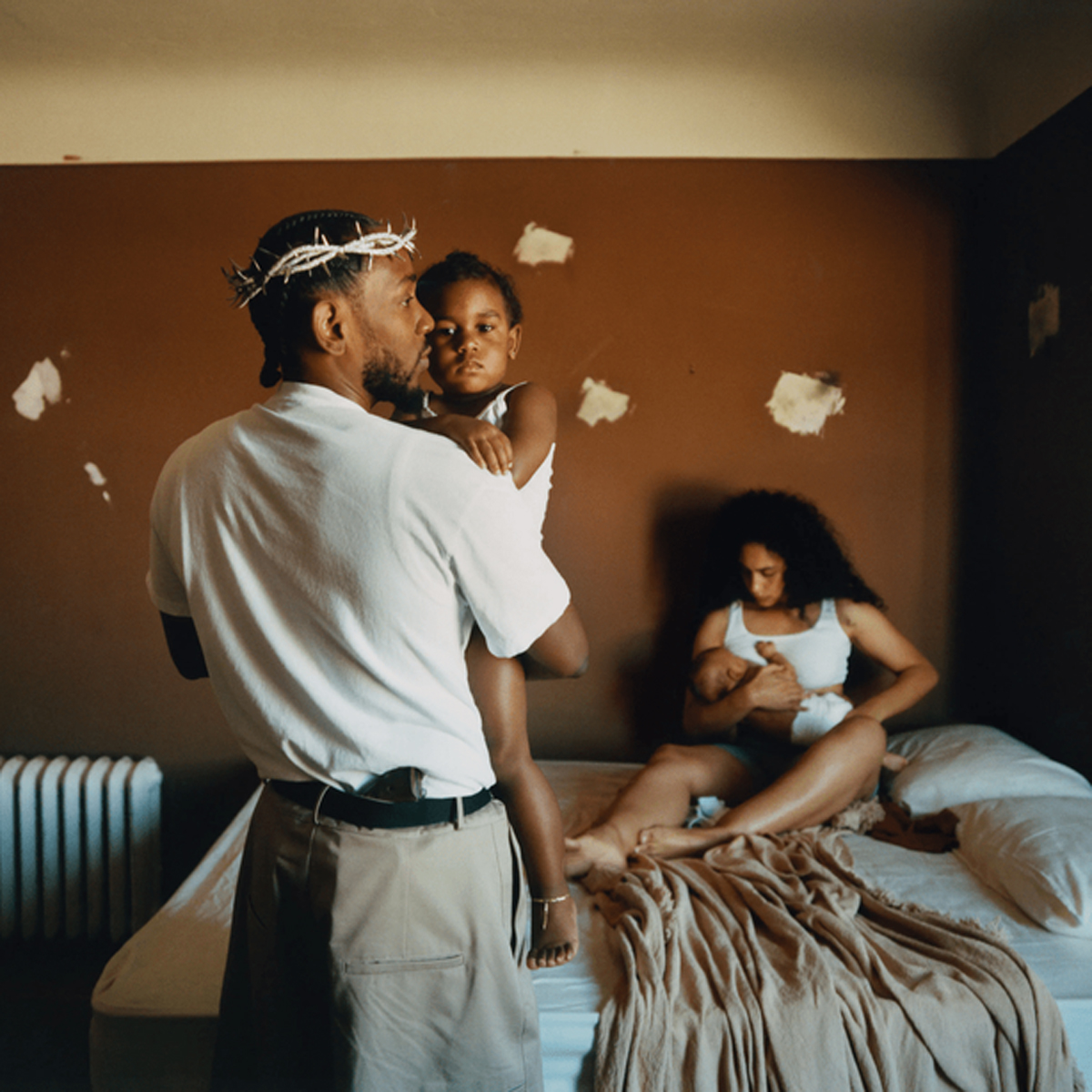 And at the pinnacle of our list is poet and music critic Harmony Holiday on Kendrick Lamar’s latest album—a keenly thoughtful, passionately felt dive into a controversial (for some, deeply offensive) work that few other critics dared to engage with so deeply. “This is his music of disinheritance, a series of eulogies for mythic versions of himself whose skeletons tap-dance backstage like the ever-approaching slayer who propels a horror movie forward. What we’re left with risks sounding uninspired because it refuses to deliver familiar highs, it refuses showmanship, refuses to conquer, or assure us we’ll be alright, and insists on dangling agony the way previous Lamar albums did comfort, high concepts, and potential redemption.”